Dr Brooke Harcourt is our paediatric and maternal dietitian and feeding therapist. Late last month she spoke with 10 daily, she said there is a lot more to kids’ problematic eating than them being “fussy” or just not liking certain foods.

Her goal is to teach kids how to eat different foods they might be avoiding and reintroduce foods if they’ve started to exclude things from their diet or if they have physical reasons why they’re not eating certain things.

And according to Dr Harcourt, the family environment can play a big role in restrictive eating in kids. 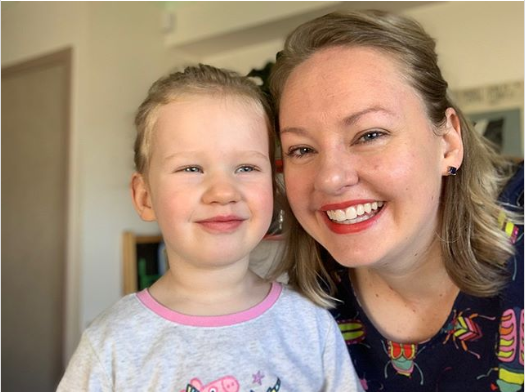 “Sometimes what determines how restrictive a child might get with foods is how the parents might respond to them being fussy,” she said.

True fussiness is often fixed by not telling kids what to eat and rather having a family dinner environment where foods are offered and we stop giving negative attention — which can be taken positively by children.

“We should concentrate on talking about our own food and how we eat it, the process of eating it and leaving them to learn or pick up or become engaged in foods without prompting.”

Giving children the mental space around foods instead of closing them off for them in our language is really important, according to Dr Harcourt.

One commonly diagnosed eating disorder in young children is Avoidant Restrictive Food Intake Disorder or ARFID. Although there’s a good chance you’ve never heard of it, Dr Harcourt said it’s not a new condition, but rather a new name for an existing condition.

“With the update to the DSM, ARFID got its name and a higher recognition of the contribution it was making towards children choosing when, where and what they eat. It acknowledges that it’s an avoidance of food without the intention to lose weight or change how they looked; that it was avoiding foods for other reasons,” she said.

So it’s not sitting under your Bulimia or Anorexia Nervosa umbrellas, but it’s definitely an unhealthy avoidance of food. It co-localises quite often with anxieties and other distressing conditions and trauma — physical or emotional — or changes in environment and it is exacerbated in times of stress.”

The impact of coronavirus on eating in children

Dr Harcourt said the impact of stress and anxiety on children who exhibit disordered eating patterns is particularly apparent at the beginning of the school year, when she frequently sees an influx of new patients.

This year, she said it has been busier as a result of triggering stories in the media — and in the home — about coronavirus or COVID-19.

“I’ve got children at the moment that are refusing to eat food that may or may not have come from China because of the media,” she said.

They’re looking for Chinese writing on packets and refusing to eat those sorts of foods. They might be worried about germs and whether other people breathed on their food and therefore given them germs.

“These are children under 10-years-old. They are listening and I think we need to be responsible with what we’re doing with that.”

When it comes to diagnosing a child with ARFID, Dr Harcourt said there is a range of factors to consider and ARFID doesn’t have a number benchmark for the amount or variety of foods a child eats.

“I’ve got children that’ll eat, but it might be that they don’t eat enough foods. ARFID could also be that they were worried about vomiting and therefore they restrict the amount that they eat,” she said.

“It could be that they were told earlier on in life that ‘this is how much food you eat’ and they’ve never updated that to associate with their changing size.”

Dr Harcourt said a lot children with developmental conditions can be quite rigid in their thinking and you need to be careful about how you deliver messages.

“They may not have updated that they need to eat for their size or they do a lot of peer comparisons and what peers are or aren’t eating or ideas about what health is and restrict for those reasons,” she said.

“It could be that ARFID is 20 foods but it’s the idea of why they’re restricting to that amount of foods around it.”

Ultimately, the healthiest relationship you can encourage your children to have with food is for it to just be food, rather than obsessing over its health properties and feeling guilty about them eating certain things.

Unfortunately, kids with problematic eating and disorders such as ARFID don’t tend to just ‘grow out of it’ and often need more intensive, active therapy to learn about foods and how to eat.

“We actively have to work towards eating certain foods and children need to be involved in the process too,” Dr Harcourt said.

“It doesn’t really work if these foods are hidden — they need to involved in making them, buying them, putting them away or all those other levels of exposure that aren’t just sitting at a table and putting that food in your mouth.”

Once you know what you’re dealing with as a parent, you can take the next steps to establishing a healthier relationship with food for your child and often by extension, the whole family.